I am a lucky girl.

I have had an amazing last couple of days.

But really I have had a great season.

No, wait. I have had a great year.

Come to think about it, I have had a couple of great years.

You know what? My life ain’t that bad.

My coach gave me a little down time after Augusta so last week represented my first full week back to the grind. Sunday I planned to head out to Raleigh with about 10 other athletes from Charlotte to attend the Inside Out NCTS banquet. I got up early to hit a long run at McMullen greenway prior to my bike ride. During the drive I thought about the athletes having just finished the Ironman World Championships in Kona, Hawaii and my friends getting ready to race Rev3 Anderson. Watching the sun rise in the distance, I cruised down the interstate and I thought about how much I enjoy my life. I recognize it isn't for everyone but I have a great job, I have the most wonderful and talented friends, and every day I wake up to train for a sport I love. Do I make sacrifices? Absolutely. Do I question my dedication and motivation? Probably more often than I would like to admit. Is it worth it? I simply would not have it any other way.


I was talking to a friend the other day about food (really, are you surprised?). As some of you may know I don’t eat meat and tomatoes so when my friend told me he would try anything twice I was a little puzzled; most people say they will try anything once. When I questioned him on the reasoning behind trying everything twice I really liked his answer. He told me you can’t guarantee that first taste fully represents the experience. I understood exactly where he was coming from seeing how I applied a very similar thought process to the NCTS. Last year I ended up winning the 2 highest scored races and ultimately the entire NCTS because of another competitor’s DNF and a drafting penalty. Many people told me they were legitimate wins but I was a little uneasy with the designation.  I made it a goal this year to try to win the series to prove to myself the 2011 results were not a fluke. If I raced well and smart I knew I had a good chance at the series. I ended up squeaking out wins at the 5 races I competed in with one just seconds over a super talented and super fast 15 year old, Malia Ellington. The girl is going to be tough to beat next year!

Once again I ended the season by cashing a big check and eagerly anticipating a custom made jacket courtesy of Set Up Events. Once again Set Up Events out did themselves as probably the best race production team in the nation. Set Up is always looking to provide its racers with the very best race experience. Their efforts do not go unnoticed and I appreciate all the hard work they put in to their events.

Ok ok, my season did not end but it is getting close. So close I can almost feel the sun on my skin and white sand between my toes . . . 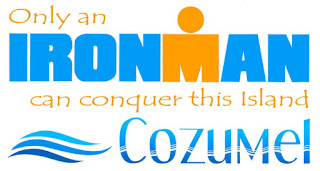