Forgive me for being behind. I now have 38 drafts in my blog account. Thoughts I have had but have been unable to complete for various reasons. Now, two weeks after a race that weighed so heavy on my mind I find it is time to "git 'er dun" if you will.

Pre-Race
Two weeks prior to the race I had a string of racing nightmares. You know you are living the good life when your "nightmares" consist of racing in a triathlon but you know what I am talking about - those dreams where you wake up overwhelmed with panic and dread because your head fills with images of yourself lost and alone on the run course or stuck in transition for 15+ minutes looking for your nutrition which suddenly went missing. After several nights of this I decided it was time to assemble the game face and go through a couple of pre-race rituals. I have only started collecting race rituals but they help prepare me mentally and physically for the race. 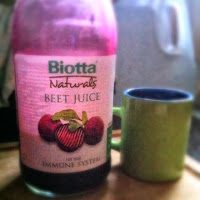 James and I decided to stay up in Davidson the night before the race thanks in part to the generosity of the Ackermans. It saved us about 30 mins of race day travel time so we had a little more time to gather our wits prior to departing. We succeed in dropping our loads in all the right places and boarded the charter bus for the swim start. Exiting the interstate, I caught a glimpse of a banana, gorilla, clown, and beautiful redhead all riding bikes down the highway. My day was made and I had not even started racing yet.

Swim (1.2 miles - 25:04)
I was a little nervous about the beach start to this swim. I cannot remember the last time I had to do a beach start, Ironman Florida 2009? Opting to do less running and more swimming, I started pretty close to the water line. The race did not quite have the sprint start I was anticipating so very quickly James, Derek, and I had a hold on the lead. I passed Derek before the first turn buoy but I saw him trailing close behind me as I made the turn. I settled in for the long straightaway but tried to pick up towards the second turn buoy. In the final straightway I struggled a little bit. The angle we were approaching the shore was a lot steeper than I anticipated and I fought hard to hold my line. I cut hard towards the buoy line but they weren't getting any closer. I felt like I swam a really wide arch but there was nothing I could do about it. I focused in on the orange man and just hoped no one caught up to me. When I got to the dock I had to stop for directions. Dock or ramp? I knew I should know this . . . but I didn't.

T1 (3:21)The run from the swim to T1 was long and all up hill. I made the executive decision to take my wetsuit off immediately upon exiting the swim. Nothing could convince me running up that hill in my wetsuit was a good idea. So when I exited the swim I plopped my butt on the ground and preceeded to take off my wetsuit. After the previous day's wetsuit debacle I was not going to take any chances trying to take the suit off standing up. My strategy worked as I was not out of breath getting on the bike and I ended up having the fastest transition out of all the women, a first for me.

Bike (56 miles - 2:36:33)
Getting on the bike I felt great. I had a steady heartrate and I was breathing normally. The calm start to my ride ended abruptly when I went over a speed bump less than 500 feet into the course and lost my flat kit and a water bottle. I was going to need both of those so I circled back to find my flat kit on one side of the road and my water bottle on the other. Derek passed me mid U-turn and I started to get miffed that James would pass me much much sooner than he should. Then at the very first intersection, the nasty one with the railroad tracks, the traffic light turned red from green and as cars were beginning to move forward I saw the police officer, who was stationed at that particular intersection, still sitting in her car. I was forced to come to a full stop since the drivers were unaware of my arrival and had started to move forward. At least this gave me time to point and yell at the officer. Luckily she seemed to remember why she was there and I took off when the coast was clear. Moments later James rolls by. He said something to me, probably about his awesomeness, and motored forward. A few minutes later Kenneth flew by and I found myself frustrated with everyone passing me so early into the bike course. I knew it was going to be quiet day out there but 2.5+ hours is a long time to spend by yourself. 15-20 minutes later a brightly dressed member of Wattie Ink passed me and it was on. I just didn't want to be alone in Celine-Dion-land and I needed some entertainment. His bright kit and yellow helmet shone like a beacon in the distance guiding me through the course.  At one point I watched a small dog chase him up a climb. The effort was so intense for the little ankle biter he didn't even give me a second look when I rolled by. Meh, sprinters. Heath Dotson flew by me just before I hit the two hour mark. I watched him catch and pass my beacon/protector and the two were gone. Now with only 5 miles to go I had a bit of a different mindset.  I had slowly let my power build over the course so I put in a last hard effort before turning into the neighborhood. My legs felt great, my nutrition was on point, I, believe it or not, was ready to run.

T2 (1:18)I tried to get in and out as fast as I could. I jumped off the bike to find my feet were numb which made my T2 feel very awkward. With the help of socks and gravity everything quickly returned to normal.

Run (13.1 miles - 1:38:45)
Starting the run I felt great but I tried to keep my cool. I am slowly reeling in Mr. WattieInc and I am being reeled in rather quickly by John "doing the dew" Behme. I tried to lock in a sustainable effort and check my pace at mile 1. Of course I forgot to start my watch so I decided at that point the first mile was a freebie and I made it my plan to descend each set of 3 miles there on out. I catch WattieInc and Behme catches me and takes off. Suddenly I am 4 miles into the run and about the enter the trail. Behme had maintained his distance ahead of me but I can tell I am gaining a bit of ground on the uphills. When I finally catch him he starts to walk a bit so I begged him to run with me. Lucky for me he obliges and we trot together the rest of the time we are on the trail. 1 mile after the turn around we pass the next female coming in the opposite direction. I try to act all cool and calm and not the least bit out of breath but inside I was stoked. 2 miles up! I just needed to hold it together for 4 more miles. Sounds a lot easier than it is but I have my plan. The trail slowed down my splits a bit but I was ready to give the last 3 miles everything left in the tank. We left the trail at the 10 mile mark so once on the road I picked up the pace. Unfortunately I lost my running buddy to an aid station but I push forward determined to finish the last three miles faster than my first three miles. Finally I turned the corner and can make out a banana, gorilla, clown, and beautiful redhead tittupping at the top of the last big hill of the day. Their music, antics, dance moves, high fives and loud cheers put more energy in my legs than a handful of chocolate covered espresso beans. I am elated. I push the final flat stretch with everything I have left.

Final (70.3 miles - 4:44:59)
I wanted this race. I wanted this race for several reasons. First, despite my knee, I have put in a lot of work this summer. I did not quite get to have the race schedule I was planning but I still put in the work where I was able. Second, this is my third year racing the North Carolina Triathlon Series. I needed a fifth and high scoring race to accumulate enough points to take the top spot.   Third, in those three years I have been undefeated. I just wasn't ready to lose.

Thanks to Kerf and Nick White for all the sweet action shots. Special thanks to Tim, Kait, Story, and Scott for being the best and most entertaining cheering crew. Extra special thanks to Greg Petty for his very special cheering methods. And finally I would like to send a heart filled thanks to the Charlotte SPCA for providing 60+ volunteers who tirelessly cheered, handed me food and water, and most importantly prevented me from running off course like I did so many times in my dreams.
Posted by CodaCoaching