I am going to start here because I do not have a lot to say and I really have to be in the right mood to say it. I did a terrible job making the most of each day handed to me in 2013 which is poor form on my part. I spent most of 2013 being stressed, anxious, and mentally fatigued. I felt a bit overwhelmed by the naysayers in my life, from a super negative constantly complaining coworker to nagging criticisms regarding my training and racing schedules from friends and acquaintances. I let too many people have a negative impact on my outlook until I decided to go all Michael Jackson on that crap and make a change. I took a more active role in influencing/ignoring the attitudes of those around me rather than getting pulled down into the Sea of Negativity. For the most part, it worked . . . 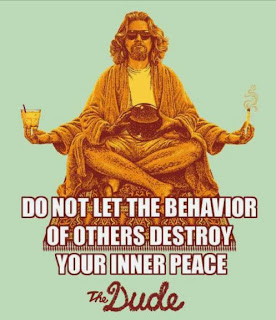 I will admit I struggled to balance the things I wanted to do with the things I had to do. Making time for the fun things I wanted to do made it difficult and stressful to find time to do the things I had to do (which is why I got pulled over twice for having expired tags, whoops). Letting my registration expire is one thing but letting some of my more valued friendships slip through the cracks is unacceptable. I had to stop and re-evaluate my goals and priorities while instituting an action plan. I opted for the small-steps-make-big-changes-plan which helped me focus on obtaining more successes and letting go of my failures.

I did a lot of it. In fact I put in 355 more miles in 2013 than I did in 2012 when I was training for Ironman Cozumel. I know the increase in miles is due in part to suffering a running injury early in the year. In March, I pulled something in the back of my right knee. To this day I am still not sure what caused it. Maybe walking a mile to the Federal court house in high heels . . . and back (stupid), but I dunno for sure. It was a frustrating injury because I could do everything else but run. And the act of running did not hurt either, well until the next day, which made it really hard to gauge how much I could handle. It was a slow and incredibly frustrating process. I did not return to my pre-injury mileage until September. Thankfully, things changed exponentially when I started to see Dr. Greenapple at Greenapple Sports and Wellness. He put my knee on the right track literally and figuratively.

Not being able to run allowed me to put in quite a few miles on the bike. After the injury, I was riding 200+ miles a week, week after week. The result? 329.5 more miles of riding in 2013 than 2012. I also attended two separate training camps, one in Asheville and one in Georgia. Both added a lot of variety and challenge to my time in the saddle.
I ended up running about 160 miles less than in 2012 but I was running faster. Running consistently in 2012, a late season ironman, and huge block of bike training put me in a really good position to run off the bike at my last two races of the year, Carolina Half and Rev3 Florida. As late as September,  I had my doubts about my fitness but my coach, Brian Stover, told me very sternly to let him worry about that. So I did.  It is incredibly liberating let go of all my doubts, expectations, and arbitrary timelines. I trust my coach because his #1 priority is making people faster. Despite the early season set back, I ended the year right where I wanted to be. Now that's some good coaching!

I did not realize it until now but making a small change in my swim schedule allowed me to increase my miles in the pool by 58%. I had been swimming with SwimMAC down in south Charlotte. I would make the 50+ min round trip three days a week. I love the program and I miss swimming with my guys but the commute means more time driving and less time swimming. Making the MCAC my primary stomping ground allowed me to be a lot more efficient with my time and the benefits are self evident (and some could argue the company is a lot hotter).

Despite my early season injury I had a good year of racing. I also had a nice variety of races including 4 sprints, 3 time trials, 2 olympics, and 2 half ironmans. Of these 11 races only two of them were repeats from previous years, Lowe's 10 mile time trial and Stumpy Creek. While I was originally planning a half ironman heavy season I am pretty pleased with how it all turned out. I gingerly tested the health of my knee with my first couple of sprints, Buck Hurley and Lake Hickory. I was not sure I was 100% ready for Stumpy Creek but finishing the race pain free allowed me to return to my training with a little more confidence. A flat tire at Lake Norman Sprint forced me to throw my hat into the sprint race in Wilmington since I was seriously lagging in races to compete in the NC Triathlon series. I rounded off the NC series with a win at the Carolina Half. It was my 5th race and my 15th undefeated race in the three years I have been pursuing the series. It was a great run but I am excited to move on.


I ventured out of my comfort zone and did two single sport races. I will admit competing in the NC and SC 40K Time Trial State Championships is not exactly far out of the zone of comfort but they aren't triathlons either. I managed to snag both state titles as well as a sub 60min PR. Another bonus to an early season bike block!


And finally, I raced my first race as a professional athlete. How cool is that!?! Cooler than being a Forensic Chemist  . . . I ended my season with my pro debut at Rev3 Florida. I headed down to Venice with two of my ICE Racing teammates. The city welcomed us with open arms, white sandy beaches, 80 degree temps, and one most excellent race. I finished 9th in a pretty stacked field of former Ironman winners and ITU pros but I took home another paycheck along with many memorable moments of hanging with my homies. For the year, I ended up taking home just over 3K in prize money. I won't be quitting my job anytime soon but not bad for a rookie nonetheless.

In the past I have debated keeping/maintaining this blog. While I enjoy it, finding the time to do it, and do it right, is difficult. I know a lot of triathletes keep a blog. I would consider it a "trend" among us tri-dweebs. I have a list of about 30 blogs I like enough to subscribe to. Sadly I only actually follow about 3 triathletes. Most triathletes blog so irregularly there is simply no need to maintain a subscription; I just have to wait for a tweet or FB post and I am all caught up. I ended up with 6 more posts in 2013 than 2012. Not stellar but better. Mid-way through 2013 one of the bloggers I follow wrote about blogging. She made me realize that if I want to keep a good blog I need to make it more of a priority. If it is something I do haphazardly the results will be . . . wait for it . . . haphazard. The post also made me realize I don't have to expatiate about training and hash out cathartic moments in all of my blog entries. I can post simpler ones which represent me as an individual because ultimately that's what shapes me as a triathlete. Check out my page every Saturday for the latest "Caturnalia." For those of you who do not know your ancient history Saturnalia was a festival to celebrate the Roman god Saturn. Follow me . . . "Caturnalia" is dedicated to my life with four cats. It has been fun so far so I hope to continue with it. I also started a regular post dedicated to the food I have been eating. One of the main reasons I train is to eat so it is time to talk food! I have very definitive goals for my blog in 2014. Hopefully I will produce something worth reading. In the meantime, here is a look at my top 5 most popular entries of 2013:

My afternoon with Rich Roll (and Tim Ferguson)
Quitting
The Pros and Coughs
Normal
Rev3 Florida: Part 2 - The Race