Iron Sherpa I am not

Most of you already know that I went to Cozumel last year. Old news, right? Right. I bet you didn't know I learned a little about myself in Cozumel:
Last year I also went to watch IM Louisville. Luckily I was there to cheer. My only duties were to dress in something banana related and cheer on the athletes. Technically James, Tim, and I were to dress like the peanut butter and jelly banana man. Tim had the banana covered and James's metallic purple grape-smuggler covered the jelly leaving me with the peanut butter. Um, no thanks. Man, I love cheering.


Being an "Iron Sherpa", however, is an entirely different beast. When you are the sherpa you walk a fine line of supporting your athlete without crowding him. You must make sure he has all his ducks in a row without becoming OCD about the race preparations. You must bolster his confidence while maintaining a light nonchalant attitude towards the 10+ hour endurance event about to take place. You must prepare a plan of action so you will see and cheer for your athlete just when he needs it. Each day that line gets a bit thinner as the excitement, anxiety, and trepidation swirl wildly in a cauldron only MacBeth's three witches could be proud of.

Well there are a few Ironmans around the corner, IM Mont-Tremblant, IM Louisville, IM Chattanooga, and IM Florida, just to name a few. I know some of you are racing but I bet even more of you are a member of an iron-sherpa support team. Being an iron-sherpa is nothing to take lightly. It is not all fun and games and puppy dog tails. It involves hard work, early mornings, long days, temperamental athletes . . . it is a curse and a privilege.

Tim Ferguson, along with Charlotte locals John Behme, Scott Woodbury, and Katie Howard, are racing IM Mont-Tremblant this Sunday. Tim's dad, affectionately known as THE IRONMAN SHERPA, will be there and I have no doubt he will be ring leader for the entire support crew. This man has sherpa-ing down to a science. I asked Tim if he and Jay would not mind sharing a few secrets on how to be a good sherpa.

Get out your pens and brand-spankin new spiral bound notebooks. THE man has spoken:

1.  You have to wear cool triathlon stuff to the event.  Being mistaken for an event official is the highest honor achievable by a Sherpa.  Keep in mind being yelled at by motorists, for directing traffic inadequately, comes with the territory.

2.  Mapquest expertise is a must.  Maneuvering through 20 miles of backstreets and alleys, in order to get to the next mile marker before your athlete arrives, is only possible by the most experienced and prepared Sherpas.

3.  Knowing how to vary automotive speed to road conditions and traffic volume takes coordination and a disdain for rules which are frequently abused and sometime violated.  I once caused a car to require immediate mechanical repair.  Not mine - my brothers, who was following my every move in his car (rookie . . .). But only an Ultimate Sherpa would find him a repair shop, send him on his way, and not miss cheering for the athlete at the next appointed mile marker. 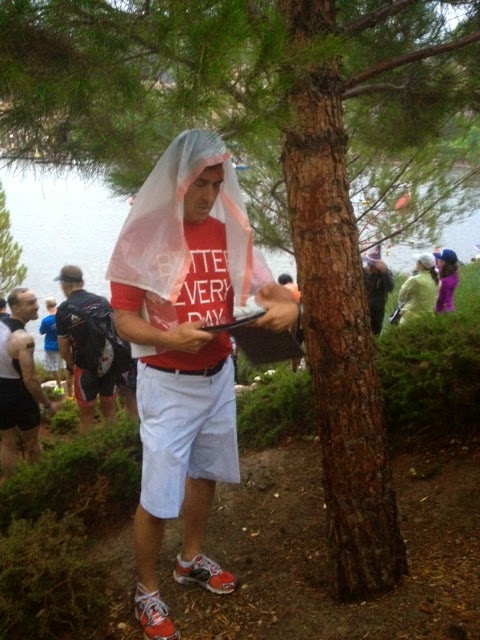 4.  A Sherpa must be in good shape.  It is one thing to carry the athlete's transition bags, gear, tire pumps and other assorted paraphernalia.  It is entirely another to run 3 miles with the backpack, the pump, the athletes wife, and retrieve our parked car in order to meet the athlete with cheers and accolades at mile 17 of the bike course. Start training early. Shuttles wait for no one, especially not spectators (not that I consider myself just a spectator).

6.  Knowing what to say and when to say it, is something every Sherpa learns and continues to learn with each race.  For example, (even though you may not have known that your athlete was engaged in a bike wreck at an aid station and suffered 5th degree road rash on his shoulder, back and hip) when you first see him on the run, don't yell at him, "COME ON! YOUR RUNNING FORM, YOUR RUNNING FORM!  Oh crap, is that blood?....uh, sorry...." 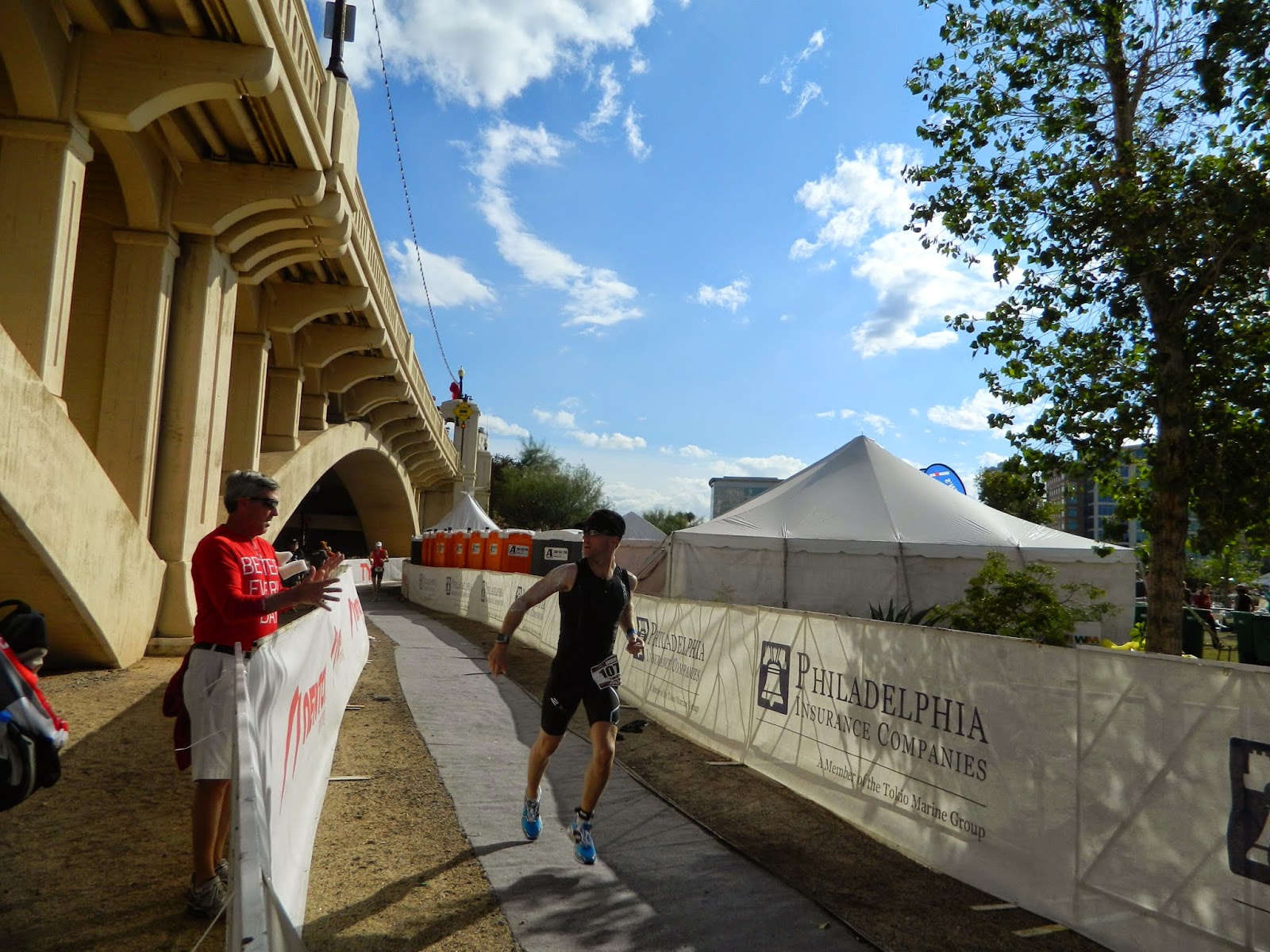 7.  Mostly, just listen to your athlete and do as your told.  During pre-race preparations, don't take offense to anything said or mumbled in your direction by the athlete.  He/She is generally unaware of the obstacles you and your fellow Sherpas are about to encounter in the often misunderstood World of The Sherpa.

Pretty awesome, right?  I think the thing I remember most about my dad becoming a "Sherpa" was before Augusta in 2011.  This was the year where I got a coach and was really trying to improve and make an effort to be a better triathlete.  I remember my parents driving up from Atlanta and my dad had asked for the race course maps. After we got back to the hotel from dinner, my dad sat in his car and mapped out points along the route on his GPS. There were 2 different spots on the bike course that next day where I was shocked to see them, all because my dad had made it a point to really develop a plan.  Now, while I do my normal pre-race preparations of my bike and my gear, my dad has a local paper map as well as the course maps and spends time developing a game plan of his own.  It's quite in-depth and I can assure you that he takes it as seriously as I do my race.  I could not ask for more from a Sherpa.


Good luck guys! I am excited to sit at my computer and track you. ALL. DAY. LONG.