Well I finally sold my beloved bike Marvin. I thought I would never sell him. I purchased Marvin back in 2005 and he has been my constant companion since. I wish I knew more about bikes so I could explain what made Marvin so special but I don't. Maybe it will just take a little more time. I was a little shocked at the Kelly BlueBook value of Marvin. While I wasn't selling him for money his value to me was just so much greater.

To begin with Marvin is a really good looking bike. Being bright yellow he certainly stands out in a crowd. He fit me well and was super comfortable. 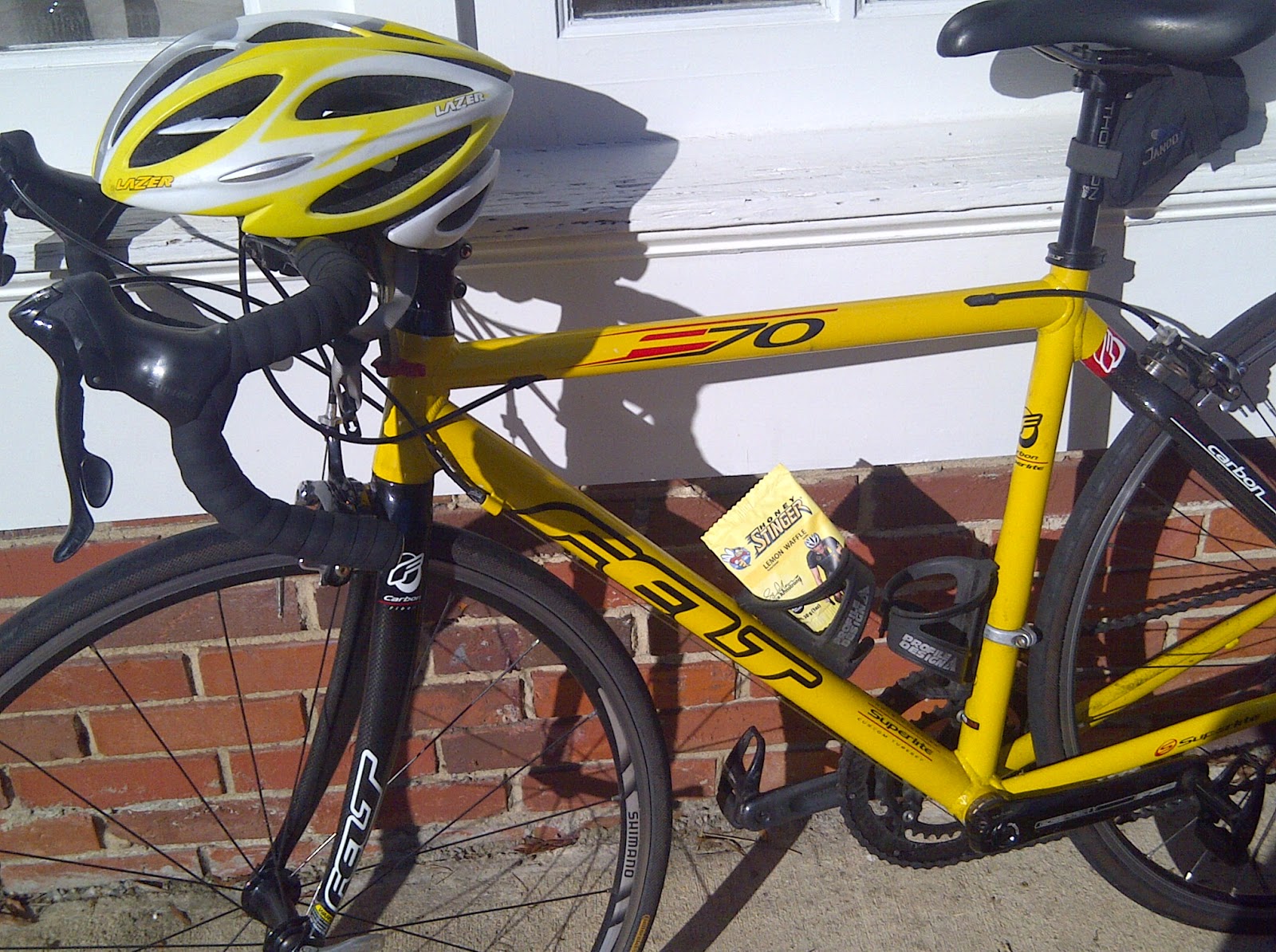 He is a great climber. It is not like Marvin was super light or anything and he actually lacked a lot of the bells and whistles new bikes have but he always responded well when I needed to dig a little deeper to get to the top. We climbed to the top of Beech Mountain and Mount Mitchell and a number of other ascents throughout NC. 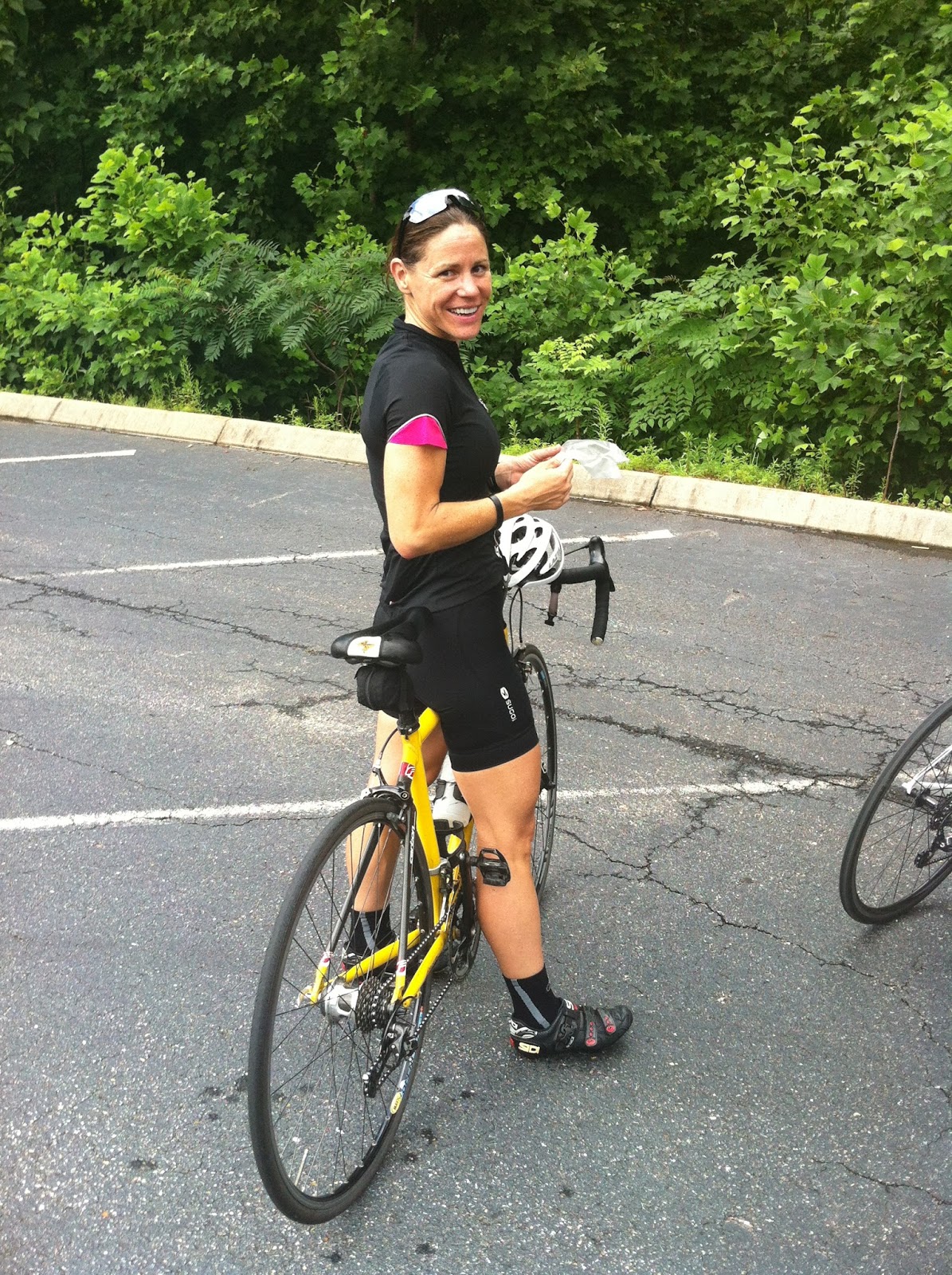 Together we really learned how to ride. Marvin was not my first bike. I purchased a used road bike for $75 at a garage sale when I first decided I wanted to "ride like those people in spandex." Realizing he was waaaaay to big for me I purchased a new road bike for $500. He was a tank. Probably the heaviest bike I have owed and he quickly rusted in the salty Charleston environment. Marvin and I were a perfect match and the more riding I did the more confidence I had to explore group rides. I went from joining in the Saturday-no-drop-let's-stop-every-20-minutes- group ride to the Wednesday night road racing World Championships of Charleston. Every ride I went to someone gave me a couple of pointers on how to be a better rider whether it was how not to put my wheel on backwards to how to pull of the front of a paceline. Everything I learned about cycling I learned with Marvin.

So why did I decide to let him go? I  often wonder why we grow sentimental attachments to material objects. The object is just a vector for the memory. You can't sell memories or give them away; they are simply always there. Since I had not ridden Marvin in over a year his utility to me had clearly diminished yet I was holding on to him for sentimental reasons. He represents so many things including a time in my life that no longer exists. I realized, however, by selling Marvin I could give someone (preferable another lady as opposed to some super short guy) the chance to get a great bike at a great price. By hoarding Marvin at home I could potentially be denying someone the opportunity to get into cycling/triathlon and fall in love with a sport I embraced so many years ago.

I ended up selling Marvin to a guy named Mark. I was a little disappointed at first but when I met Mark, who is super tall, I knew there had to be more to the story. He was actually buying the bike for his lady, Stephanie. Marvin would be her first road bike and she was planning to compete in her first triathlon this summer, Raleigh 70.3! How exciting is that!?! As we talked about the race her anxiety and excitement reinforced my love for this sport. I didn't think I would return to Raleigh this year I think I just might to see Marvin back in action.

As it happens sometimes even the best relationships have to come to an end. I feel good about closing that chapter and I am excited about Stephanie's and Marvin future together. But now I get to start a new book . . .  introducing Hank (although because of his coral accents he may be renamed Elton):


It is only on a mountain bike can one get back to the sheer joy of "playing in the woods" again.