Trials and Tribulations of Visiting the Giordana Velodrome

I have only had a panic attack once in my life . . . and I was on a bike at the time. People talk about having panic attacks all the time but you don't really have one until you really have one (I can think of a few things that also fit this description). It was back in 2011 and I was in Vermont for Age Group Nationals. A group of us had just picked up our packets and were riding our bikes back to the hotel. We were meandering slowly on the sidewalk since the streets were congested with cars and compression socks when I felt this sudden panic that I was not going to be able to unclip from my bike and come to a stop. The funny thing is we were not coming to a stop and there was no indication we would be anytime soon yet for some reason this completely irrational curtain of fear and anxiety wrapped around me and I was overwhelmed by fear. As my body started shaking, my palms began sweating, and my heart rate skyrocketing my rational mind was like "Girl, you aren't even trying to stop. What is going on here?" As much as I recognized the ridiculousness of the situation there was little I could do to control it. It was absurd and indescribable. Eventually I was able to unclip and just coast along but the panic attack happened and it was very very real.

Luckily I have not had a panic attack since. I have clipped and clipped, crashed, gone down steep descents, watched other people crash . . . and yet experienced nothing like I did back in Vermont. Well that is until I visited the Giordana Velodrome in Rock Hill this past Saturday.

Let me first preface this story but saying the velodrome is pretty cool. It was my first trip and I had no idea what to expect. I was pleasantly surprised to be greeted by a (heated) welcome center that overlooks the track and outdoor seating. The track itself is a 250 meter concrete oval with an embankment that goes from 17 degrees in the straightaways to 42.5 degrees in the turns. 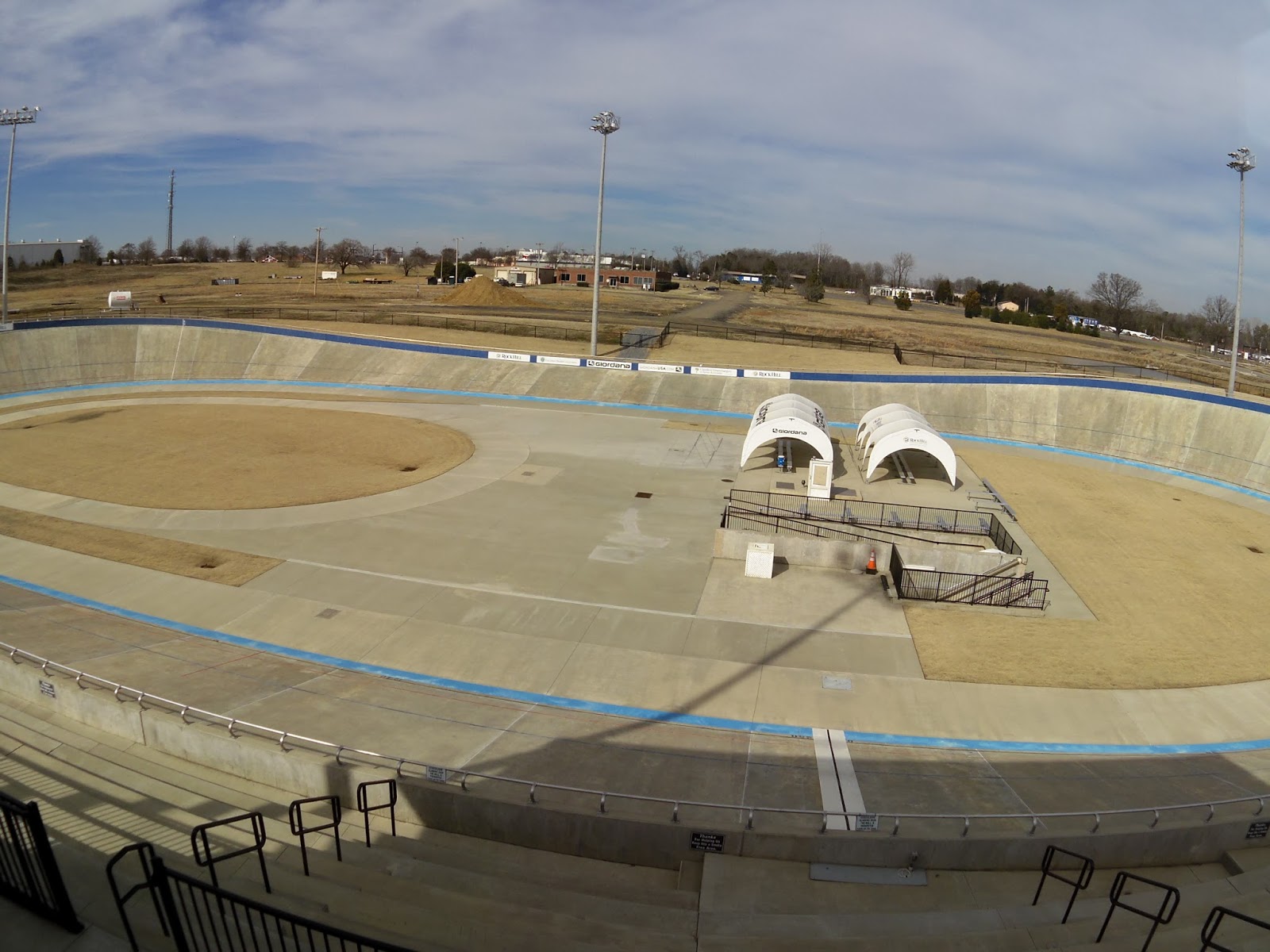 Most normal people are intimidated by the turns which look very much like walls. Anyone riding high on the embankment appears to be riding parallel to the ground. Me? I didn't even get that far. I was only thinking about my ability (or inability) to stop and start the track specific bikes required by velodrome riders.

If you don't know anything about track bikes let me enlighten you. Track bikes have no brakes. Track bikes have one fixed gear. If the track bike is moving, your legs are moving. If you forget this be prepared to get bucked off the bike. I prefer getting bucked off my bike on Sundays, not Saturdays, but I will have to save that story for another blog post. 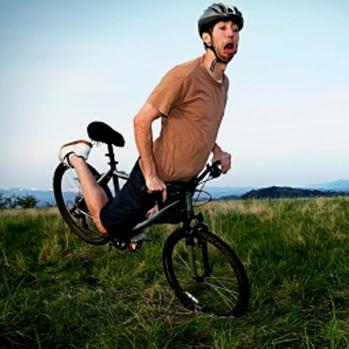 Track bikes are designed to produce the safest ride possible while in a velodrome. While you might question this and long for the comfort of your front and rear brakes you do not want to even contemplate making this error. Luckily the velodrome has a sweet fleet of track ready Pinarellos you can rent. (PS I would not mind getting my hands on this particular Pinarello)

After a brief introduction to the track and the bikes everyone jumped on their designated bikes and started tooling around the infield. I, however, just stood there. Eventually I was able to talk myself into clipping in and rolling around with the others . . . but then I was asked to come to a stop. Stopping? STOPPING??

The instructor tried to coax me into stopping so I would circle around in the ridiculously slow circles mentally preparing to come to a full stop only to jump ship at the last minute and roll around in another circle.  Every time I thought about stopping I felt the panic rising in me like it did back in 2011. Eventually the instructor walked me through a stop while somewhat preparing to catch me in case it did not go well. When I did come to a stop my entire body was trembling. I felt sick to my stomach and on the verge of passing out drunk on the amount of adrenaline that just went coursing through my veins. Having this intense and completely unnecessary reaction did not help to strengthen my confidence and resolve to get back on the bike and enjoy the day.

As everyone else made their way through the certification I grew increasingly frustrated having let a completely irrational fear stymie my certification. Eventually the instructor switched out my pedals and told me to go enjoy a Saturday ride. Hahaha . . . I am pretty sure he just wanted to get rid of me and separate himself from me and the stench of failure. I did tool around a bit more but quickly got bored. Watching Ashley, AB Lerner, and Melissa roll through the rest of the certification was waaaaaay more interesting and entertaining.

As I getting ready to leave the track a woman rolled up to me and grabbed onto a pole. She looked at me and said, "This is how I start and stop. I don't mess with that other stuff." Looking at the stripes on her jersey indicating she was a world champion I thought to myself "Well damn, I could have done that." Next time velodrome, next time.
Posted by CodaCoaching